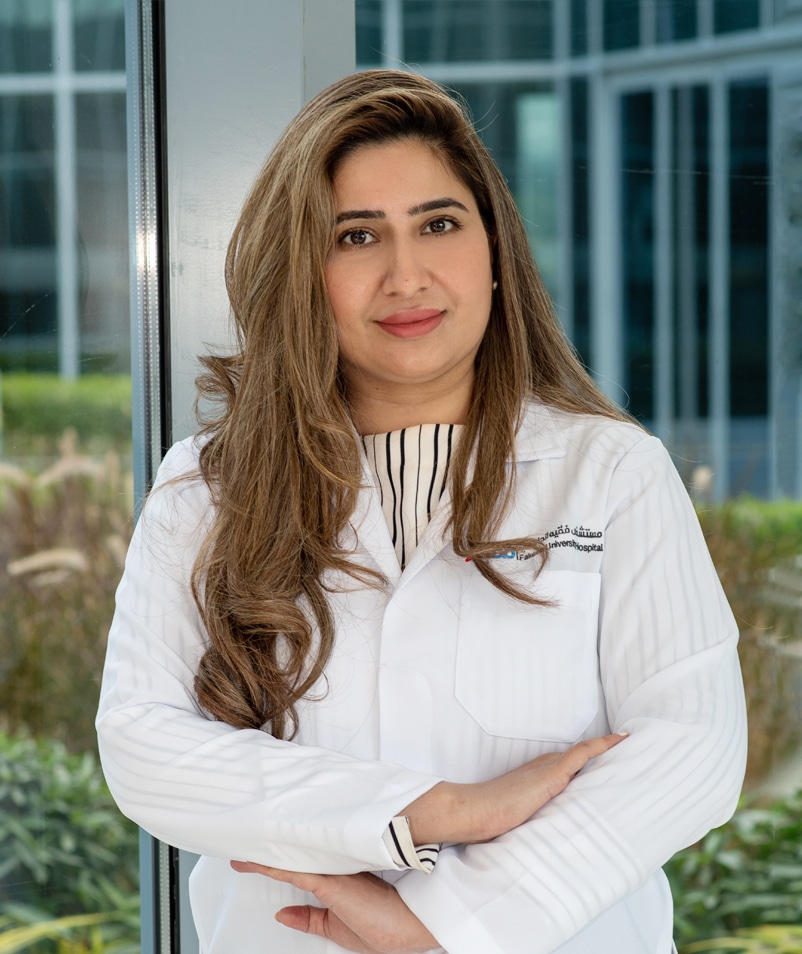 Dr. Lubna has over 20 years of experience as a substantive Specialist in Obstetrics and Gynaecology and worked at hospitals in Pakistan, Canada, Ireland, Muscat, and Dubai and been associated with Scarborough General Hospital in Toronto, Maternity Hospital in Ireland, Armed Forces Hospital Ministry of Defence Muscat, and Saudi German Hospital Dubai.

In her clinical experience, Dr. Lubna has had exposure to all aspects of Obstetrics and Gynaecology.  Throughout her career, she has managed several normal vaginal deliveries, VBAC’s, water births, hypnobirthing, difficult caesarean births, and ultrasound Doppler scans.

She has presented numerous papers in Paris and Austria in the World Congress of Obstetrics and Gynaecology. In addition, she used to train Oman specialty board students and give many lectures in her area of expertise.