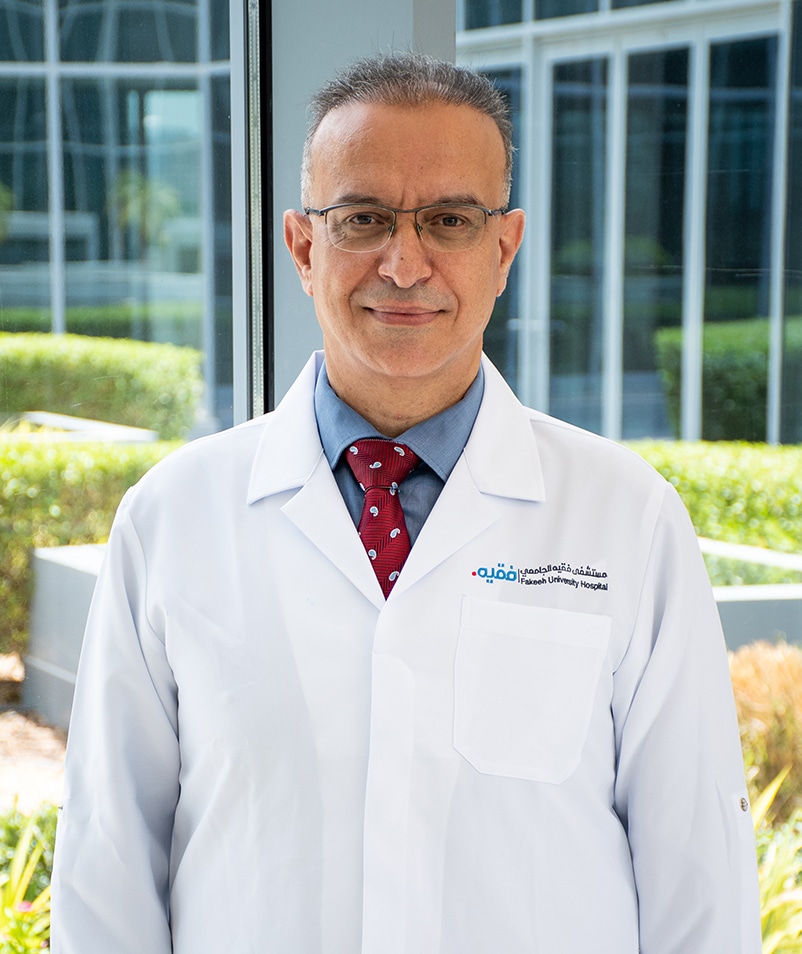 Dr. Mustafa Seyam is a German and Swiss Board-Certified Neurologist with more than 25 years’ extensive experience in neuroscience. He further has a Clinical Fellowship in Neuroimmunology from Denmark.

After obtaining his German Board certification, he was associated as the Vice Head of Neurology Department at Academic Hospital (University of Magdeburg), and later as Director of Medical Center of Neurology in Munich, Germany. He later worked at a renowned hospital in Saudi Arabia, where he actively participated in founding and establishing a state-of-the-art Neuroscience Center.

He is also involved with supervision and teaching of medical students, junior doctors and residents, particularly in preparation for FRCS.

Dr. Seyam is a member of Exam Board of Saudi Commission for Health Specialties (SCFHS) in Neurology.  He was also a member of the selection committee of King Faisal Prize in Saudi Arabia in Medicine for the year 2021. Additionally, he is a Member of Advisory Board at diverse local and international pharmaceutical companies in the region.

He is a member of the following associations: